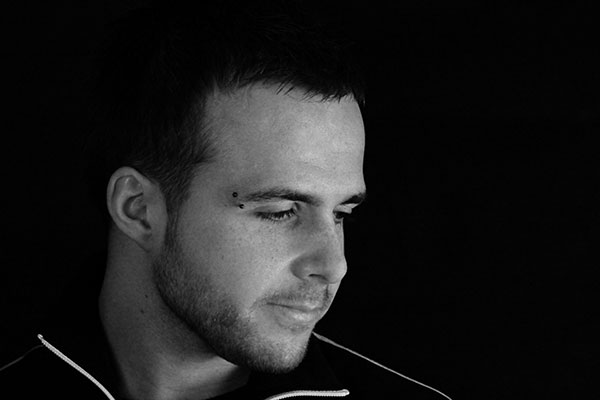 1. How did you approach into electronic music?

Electronic music is something that has always appealed to me for as long as I can remember,  got my first turntables when I was really young then my passion grew from there.

2. What were the first records you bought and the first artists who have marked your childhood?

As I have been into so many genres of music I guess I’ll start with the first “techno” records I bought. I loved all the herder tribal stuff from artists like Cave and Ignition Technician, after this I started to get into slower more minimalistic stuff  probably started off by Hawtins DE9 Transitions. I feel there’s still an influence of this in my music today.

3. Why is the name Deepbass?

Deepbass was the name I chose for a project I’d started which really represented the sound I was trying to create. I had no idea that it would evolve to where I currently am today.

4. What was the first club you’ve played?

First club I played must have been the Soundhaus in Glasgow, was always a very cool underground venue which I played many times over the years, unfortunately it’s now shut down.

5. With which instruments did you start producing music and how it made your study today?

I am not a naturally musical person, my first insight into music production was from a copy of Reason I was given by my college lecturer, after playing with it for about a year I knew this was something I had to pursue as my passion for production had started to grow, from then I invested in a Mac and Ableton Live and started taking it seriously. Still using Ableton today along with some extra pieces of kit and always looking for new ways to evolve my studio set up.

6. What prompted you to found the  Informa Records?

To be honest I never liked the process of finding labels I thought suited the style of music I was making then making up and sending demos, especially since I have always worked towards a certain sound which wouldn’t fit on a lot of labels. Starting Informa gave me the freedom to experiment and not have to care if other people would like it, was a risk I was happy to make and is the best decision I have ever made.

7. What are the characteristics of  Informa Records?

The main characteristics of Informa are deep, hypnotic and beautiful techno, from there doesn’t matter if its dark, bright, hard or soft as long as it catches the essence of what I’m trying to create with Informa.

8. There’s a track that you prefer among all the ones you’ve made?

Each release iv made has represented a time in my music career so they are all very special to me but if I had to choose I would probably say Orion from INFORMA003 or Chemtrails from my 2nd collaboration with Ness on Dynamic Reflection, both tracks still manage to find their way into every set I play.

9. What’s in the bag records of Deepbass?

In my live sets I play a lot of stuff iv gathered over the years which I feel represents my sound as a dj, I try to play a good mix of old and new music and always play a lot of my own productions.

Here’s a list of 5 tracks I feel have been essential to my Deepbass sets.

In 2013 I have lots of stuff coming up, soon will be the vinyl release of INFORMA006 by my friend Hironori Takahashi and also a special collaborative release which will be the 1st vinyl only release on Informa.

Also the 3rd collab with Ness is coming and lots of cool remixes in the pipeline.

Looks like it will be a good year for shows also I am currently confirming stuff for city’s across Europe, my next show will be in Augsburg, Germany and the 30th March.

BIO: Deepbass was introduced to the scene in 2009 his music is best described as deep, dark, atmospherical techno.

Born in Glasgow, Scotland. His passion for electronic music started from a young age where he would spend his weekends in record stores hunting for music, he discovered artists like Speedy J and Jeff Mills who really opened his eyes to the world of techno.

He started producing music in 2008 and from there his sound evolved, always minimalistic, elements of ambient, hypnotic rhythms and deep rolling bassline’s.

In 2010 he launched his label Informa Records as a platform to express himself and to explore further into his brand of deep techno.