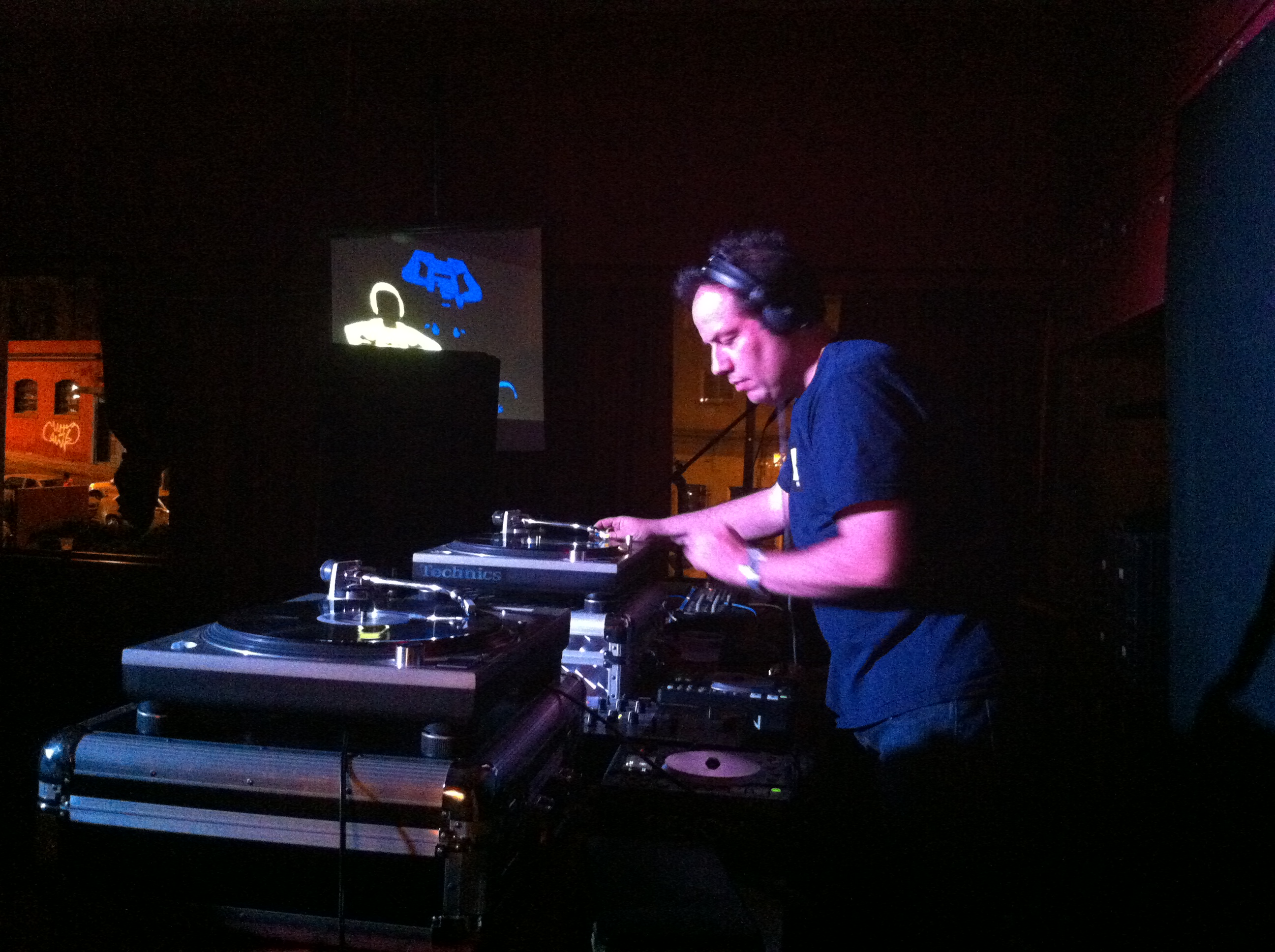 1.    How did you approach electronic music?

My first encounter with electronic music was in the early 90s’ at first i really did not like it much. I was mostly into listening to punk rock and still are and also alternative music during those days, or what is called college radio music. I remember going to a a great club with friends in Washington DC. called “The 5th Column” every Monday there was a cool party there mostly stuff from Ministry, Front 242, Nitzer Eb was sounding at the booth. So it was a cool night and one of my first experiences with dancing music. I was going to University in those days in Arlington, Virginia very close to Washington DC. so that was our night out. I had a business course on Tuesday morning and sometimes it was not easy to attend that class after all the dancing the night before. But it was worth it. For me dancing is very important. The music must make you dance.

The first records I bought were all punk rock records, mostly US Punk Rock bands, like Black Flag, Fang, Circle Jerks, DRI, Social Distortion etc etc. There was a great vinyl shop around my high school in Miami, Florida and I would go there every week and spend what ever money I had from my car pool business. I used to take kids to school in my car and charge them a fee so all that money went to record buying.

The first club I played was called VELVET in Montevideo. Very cool club, it is no longer open. I think the owner decided to go a completely different route, promoting music that I really don’t like.

4.    With what instruments did you start producing music and what’s in your studio today?

Well my first instrument was a bass guitar. For me the Bass is the most amazing sound, I love a good bass line in tracks. Driving bass lines. I recall I wanted to be like Sid Vicious when I was a kid, that revel attitude, although we know that Sid had a sad ending and was not really a good bass guitar player. Today in my studio I use: Virus Access, Dark Energy, Cacophonator, XOXBOX. MBase 11 and aslo an Evendide Space pedal. That is pretty much it for now.

That is a vey good question. Well Paar comes with the name Parra. My real nickname is Parra. My friends call me Parra. Why? well  I was a really good cyclist. I was riding road bikes all day and my dream was to become a professional cyclist and race in Europe. I still ride my bike today but just to avoid my beer gut from growing bigger. Cycling to me is the best sport it  makes you humble and suffer like hell. It is also a form of meditation for me. When I am on top of the bike I just let my mind go and think and meditate just like when I make music in my studio. OK now let us get back to Paar. Well there was an excellent Colombian cyclist called Fabio Parra in the late 80’s. That is where the nickname comes from. PARRA!! Then in 2009 I was invited to play at a festival in Southern France, and I was discussing with a good friend of mine Bastien Grine an artistic name for me, then Paar came about. So there it is George Paar.  I think it sounds ok, but most importantly I hope the music doess., jejje

6.    What can you tell us about the techno scene in Uruguay?

There used to be a very good club here that would bring interesting artists a few years back. But I think all of that has vanished now. There are specific parties but all of that stuff is controlled by a few guys. There is also a yearly open air festival. I really don’t play often here now a days. I am concentrating in my production and my objective is to play in Germany and Japan at the moment. I am 41 years old so until I get a good agency that believes in my work and gets me gigs I am happy to keep producing, if the opportunity comes then fine or not then fine too. For me it is important for my music to be of good quality and I hope unique in some way. I know that my music has being played at clubs like Berghain and Tresor in Germany so that is great. I also know that my music is being played in Japan for sure.

7.    What prompted you to establish “Par Recordings”?

Par Wax was born a year after as the vinyl arm. Par Wax is designed to released my original works and I invite a couple of remixers to each record. For 2013 I am also going to release a VA for the first time.

9.    Is there a track that you prefer among all the ones you’ve made?

I like tres minutos a lot, it is out of Par Wax 01. That track is very cool.

I have always followed labels rather than specific artists. So in my bag always a lot (if not the entire catalogue) of Sandwell District, some Semantica, the stuff from Zooloft also.

BIO: Jorge Castillo Sanchez (aka George Paar), avid vinyl collector and electronic music producer, also owner Par Recordings started his love for underground music nice he was a child in his home country Nicaragua. His first encounter with the sound of a Moog Synth was when he listened to the 1972 Song by Yes “And you an I”. At that moment as a child he was hooked he had a clear vision of what beauty was. His affinity for music always existed even as a child. His love for dancing was also important to understand the music that was inundating his young body. Nicaragua a country so beautifully eclectic and tormented was the perfect scenario for this boy to fly.  At the age of 8 he moved to Madrid for a short 2 year stint with his family, then he moved to Miami, Florida with his family. In Miami he played bass guitar for an underground punk rock outfit named “Social Decay”. His vinyl collection grew primarily composed of Punk Rock and Hardcore music.  George Paar moved to Montevideo, Uruguay in 1998. Since 1999 he has being involved in playing and exploring the sounds of techno. His sets and productions are driven by intricate and solid drum patterns. His style is eclectic and incorporates sounds from Techno, Minimal, and Dub, but never forgetting his punk rock roots and that Moog Synth he heard when he was a child. George Paar apart from releasing in his own imprint also collaborates with other international labels and techno artists from around the globe. The necessity to feed his musical appetite drives him everyday, to listen, to play, to produce, to learn and most importantly to share his passion for techno music. His studio is evolving into an array of analogue gear which will continue to expand. His productions have found the charts and record trays of artists such as Giorgio Gigli, Obtane, DJ Emerson, Monoloc, Brando Lupi, amongst others. His productions have been included in CLR Podcast Series, Deep Space Helsinki, M_Rec Podcast Series.