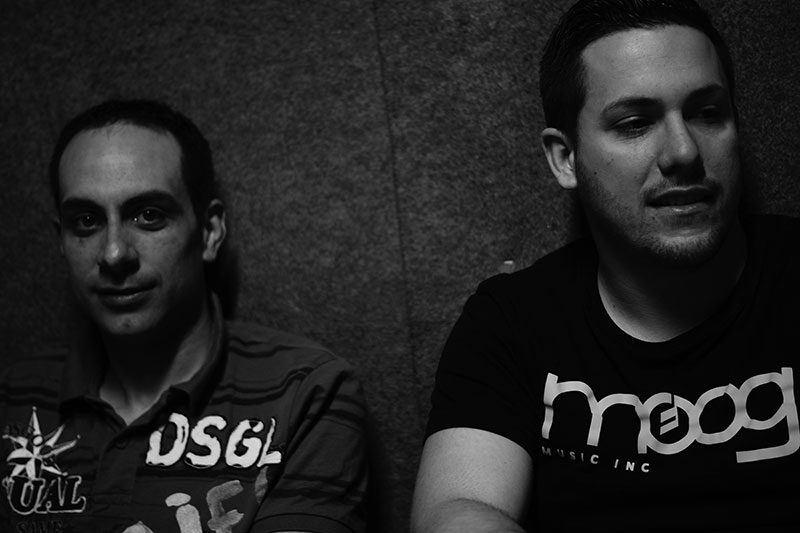 Hi Salva & David, we are very proud to have you among our interviewees of Aremun.Com;

How did you approach into electronic music?
S: well, when I was I child Valencia was one of the most important cities in the electronic/punk/techno scene, I was listening people like Front 242, Nitzeb Ebb, Depeche Mode everywhere in the radioshows, local shops……. So I think I´m listening to techno music since I remember I´m listening to music
D: Well, my first aproach in electronic music was when I met Friends, it was a club where Salva was resident and he played music from Depeche Mode,Chemical,Laurent Garnier,was in 2005 when started my passion for electronic music thanks to my bro Salva.

What were the first records you bought and the first artists who have marked your childhood?
S: As I told you people as Front 242 or Depeche Mode marked me when I was I child. First record In bought was a single with Front 242 – Headhunter in one side and Front 242 – Welcome to Paradise in the other side.
D:As I said in the previous answer, Chemical Brothers Depeche Mode & Laurent Garnier. If i have to say one track i would say aurent Garnier “The man with red face”

With which instruments did you start producing music and how it made your study today?
S: I bought a couple of synthesizers to started in my studio, a Novation Supernova and a Novation Superbass station and my little Superbass still working really good in all the Attemporal tracks!!!
D:I always like to get the best performance of both software plugins and some analog plugins,and for that in software,always stay with plugins from Arturia and Rob Papen. In analog,i would say Novation Supernova 2.

Tell us about your label ATT Series…
Basically is the place where we release our music and music from people we love!

There’s a track that you prefer among all the ones you’ve made?
S: Maybe “Mata” on Sleaze or “Att2(Poem)”
D: Att2 (Poem) and the colabs on Synewave with our friend Ness.
What’s in the bag records of David & Salva?
Music from people we love such Ness,Future 16,Kwartz,HD Substance,Function,Sigha,Terence Fixmer, and more.

Last question… What can we expect from Attemporal in 2013?
Well, after a long time working on a lot of remixes we´ve done a break to work on some original tracks, also we´re making an E.P with our friend Angel Costa, also we have ready to be released some ATT Series stuff, the remixes for Att4 from Future 16 and Kwartz and the second vinyl release with remixes by DSH the new project of Samuli Kemppi and Juho Kusti who are working really really good and one of our favorite artist Brendon Moeller who made remixes as Echologist as well.