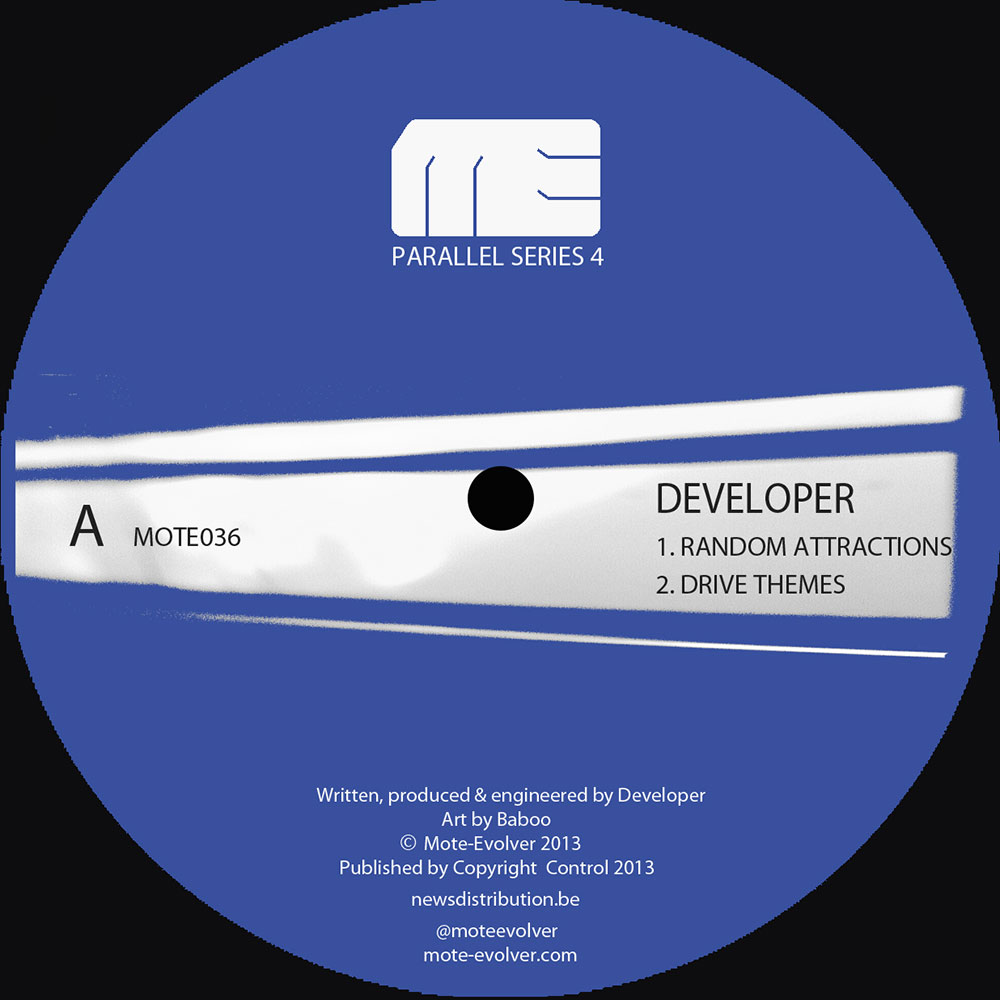 Mote-Evolver’s ever successful Parallel Series is now on to its fourth installment, this time with two West Coast producers – Developer and Truncate – going head to head. Pairing of the two is uncanny in many ways given their close friendship and the geographical base they share, and appears to be the perfect choice to highlight the difference between their sound and style to realize the concept of Parallel Series: contrast & compliment.
The EP opens with “Random Attractions” by Developer, a producer who’s known for the deeply dramatic groove charged with masculine energy. With its focused and streamlined forward-moving force, “Random Attraction” is a track of relentless agility. “Drive Themes” maintains the same tempo but adds enticing elements of distorted shouts of melody on top of the ruthless yet smooth layers of chords and hats, all beautifully harmonized to perfection.
Developer’s contribution makes the darker and moodier side of EP and its stirring emotion serves as a nice
counterpart to its slightly more lighthearted flip side.
Fellow LA-based producer Truncate steps out of his usual sound of rock-solid and thumping techno with “Is It Skinny?”, a spaced-out hypnotic track that contains a vocal sample that’s so demure and unexpected that it melts into the swirling bleeps of melodies, and you wouldn’t even notice if it wasn’t the title that gives out.
“Fourty Four” is yet another track that’s born for the floor, inducing aural pleasure with its funky rolling bass dancing with congo-like drums and claps.