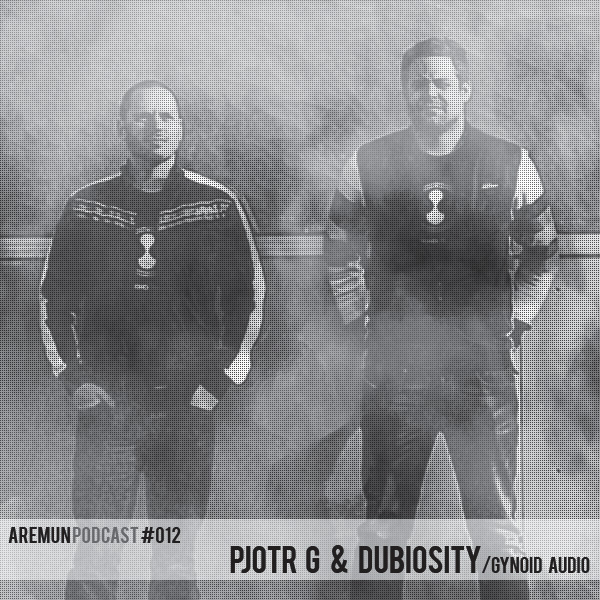 Techno producer and live act from the south of Holland, A&R for Gynoid Audio…

Growing up in the same neighbourhood, Pjotr G (Peter Gommers) and Dubiosity (Rick Janssen) hung out as friends, when they discovered a shared interest in electronic music. They then started to get together to combine their ideas about creating music, resulting in their first joint vinyl release in 2006 on Media records Germany.

Several releases followed (vinyl as well as digital) on Stolen Moments, Minimal Sound Noise and Instabil, and soon they decided to take their own sound on stage with a live-act.

Today, having truly found their own techno sound, they take it on stage once again in a dynamic 2-man live-act, while at the same time maintaining a steady pace of releasing tracks (both as a duo as individually) by labels such as Hypnotic Room, Translucent and Gynoid Audio.